On this day as we gather our families together with picnics and fireworks to celebrate our country’s independence I can’t help but think of my 2nd great-grandfather Edward Byron Patton. He was 34 years old on this date in 1860. Less than a year later Abraham Lincoln would become president. The father of 4 small children ages 1-6, the youngest, my great grandmother Mary Jane.

There was no celebration for Edward or his family on that Fourth of July and I would imagine it was tainted every year after. For on that morning his 27-year old wife Esther passed away. A newspaper account read that so greatly admired was she, and through respect to her memory in their small town, “all patriotic demonstrations were suspended and not an unnecessary sound was heard throughout the day.”

Edward never remarried and over all those years ahead, as a single father, he raised his children. Along the way he became a successful builder and contractor. I can imagine he was a beloved father, grandfather and patriarch.

I often think of what it must have been like for my great grandfather on that solemn day, traditionally set aside for happy celebration. I wonder what it would have been like to have watched him on that day conduct his affairs with the loss of his young wife. He was once a breathing living person, as real as you and I. Not just a name with dates and places among a long list of thousands who came before us. How I would like to set across the table from him and get to know him.

That’s a little of what I think about, every 4th of July.

Family History and the Story Tellers

In my family history research I have the opportunity on occasion to read from older newspapers.  Just going back a few decades you notice a difference.  Going back 160 years and the differences between today’s journalism can be both painfully sad in their descriptions while hilariously funny in others.  The saying, the times, they are a-changin’ will never grow old and is never more obvious when reading from old newspapers. 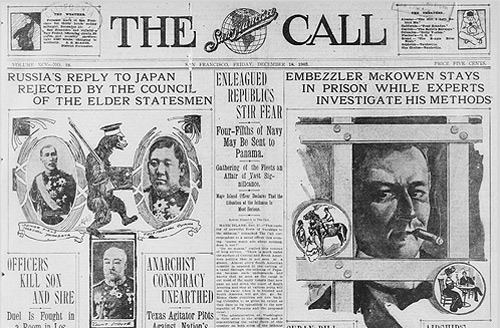 Among my readings from that by-gone era are from Clearfield County, PA.  It’s an area I’ve written about before and from which a large part of my known family history takes place.  What follows are some of the more memorable tidbits I’ve seen from an era with language and sensibilities all its own.  Originally published in the long defunct Clearfield Republican each preceded by the date of publication and my own introductory title (in bold-face).  I hope you enjoy them. END_OF_DOCUMENT_TOKEN_TO_BE_REPLACED

Those of you who’ve seen the award winning T-V miniseries Roots will recall it follows the life and the descendants of Kunte Kinte. Adapted from the groundbreaking Alex Haley novel it begins with Kinte’s birth

in a small village in Gambia, Africa in 1750. The story develops as the 15-year old Kinte is ordained a Mandinka warrior.  Shortly after, while searching for wood near his village to make a drum for his brother, he is captured by slave traders. Ruthlessly snatched from his family and home, never to see either again, Kinte is put on a slave ship and brought to America.  After his arrival at Annapolis, Maryland his name is changed by his slave owner to Toby.  The proud Kunte resists the change and is beaten until he submits to his slave name, but never forgets.

During Kunte’s/Toby’s lifetime and the generations that follow, we are told an amazing story of family, hardship, suffering, struggle for identity, and ultimate triumphs. The story spans nearly 120 years of family history and ends with the memorable character Chicken George, his son Tom Harvey and granddaughter Cynthia.

When the series was originally aired, over eight consecutive nights in January 1977,

it reached an audience of 140-million people.  On its final night 71% of all television viewers were watching Roots.  It would win nine Emmy Awards as well as a Golden Globe. The series revived interest in genealogical history among both blacks and whites. Roots ends with the narrative voice of Alex Haley who, with a montage of family photos, connects Tom Harvey’s daughter Cynthia, the great-great-granddaughter of Kunta Kinte, to Haley himself. END_OF_DOCUMENT_TOKEN_TO_BE_REPLACED

I’ve been fascinated with my family history since I was a young teenager. Among the first lists and notes I created were those devoted to who my earlier family members were and anything else I could learn about them. Unfortunately I didn’t ask nearly as many questions as I should have nor did I always write things down. It wasn’t until I was an adult and well into my years that I really began to conscientiously keep written track of nearly everything I was told.

I’ve spent untold hours in the cause of documenting all I can learn about my family. Over the years I’ve gone from a few dozen names, with dates, places and sometimes stories, to a few hundred in the mid 1980s to around 1,200 ten years later. By the year 2000 those numbers grew to a few thousand. Now my database has more than 18,000 names [23,700 as of June 2017]. As carefully as I can I’ve tried to assure there are no duplicate records and no mistakes. More than half of them are blood relatives spanning 34 generations.

The photo above was taken in 1905 in Clearfield County, PA. It’s of my great-grandfather Eli Lines and his wife Mary. Two of their six children are standing behind, they are a brother and sister of my grandfather’s. I knew both of them. My great Aunt Cornelia was 12-years old when that photo was taken. She died at the age of 99.

One thing is certain. As I look at the records of my paternal grandparents Harry and Nora Lines and the names of their 13 children, all of whom I knew, except three boys who died as young children in 1910, 1921 and 1926 — and my father who died when I was two — I’ve come to appreciate how short life really is. It wasn’t that long ago that all nine of my aunts and uncles were living, breathing people who I visited with, spoke to, loved and admired. END_OF_DOCUMENT_TOKEN_TO_BE_REPLACED