When I was about nine years old, probably in the summer of 1962, I spent more than a month of my summer vacation staying with one of my uncles and his family.  He and his second wife had around nine kids at home.  Most of them were hers, while three of them were theirs together.  Suffice to say, and especially from an only-child’s point of view,  there was a lot of cousins to play and have fun with.  My uncle had lost his 36-year old wife years earlier to cancer while his second wife was previously married.

The family lived in an old two-story house in the country amidst narrow dirt roads that wound past numerous farm houses, barns and outbuildings.  The house, which sat in a wooded area on several sides and had to be nearing 100 years old, was located a few miles from my birthplace in Clearfield, Pennsylvania in an area called Bailey Settlement.  With it’s black, weathered wood exterior it was — to say the least — rustic and run down.  Having no indoor bathroom it was far from the kind of home I was used to.  Being a “city boy” the experience was really roughing it.  When nature called during the black darkness of night, and I had to venture to the outhouse, on the backyard slope very near the woods, it was downright scary!

That summer was quite an education and just a taste of what it was like for that part of my family that lived “in the sticks.”  Certainly a cultural change for a boy used to city life in the Maryland suburbs of Washington, D.C. and all the comforts and “ordinariness” that went along with it.  Never-the-less I had mostly a good time with my cousins in the blistering heat of that summer and even experienced the first tingles of adolescent love.  An ever-present homesickness however overshadowed me — mostly at night — when left to my thoughts of the comforts of home, and the company and security of my mother that I had grown so dependent on.

One evening, after day had finally turned into the kind of night that only the country can provide, my uncle took a couple of his step sons and I on a “Snipe hunt.” *

In the middle of a nearby cornfield two of us crouched down at ground level and held a burlap bag open, while another shined a flashlight into it’s entrance.  With the stage set the idea was that my uncle would walk some distance away and then work his way back toward our trap.   These little chipmunk-like creatures — as I envisioned them — would scurry away as he approached and be attracted to the light entering the shelter of our open bag, thus trapping one or more of them in our midst.  While the three of us crouched in anticipation, my uncle apparently went home, took a seat at the dining room table, crossed his legs, and enjoyed a cup of coffee. About twenty minutes later he returned where we still laid in-wait as he asked us, “Did you catch anything?”

Typically my uncle like most of his brothers and nephews loved the outdoors and always had a gun nearby.

A short walking-distance up the wooded hill behind his home he once took me frog hunting, where there was a small pond.  We took our place on a slight incline above and with his long-barreled 22 revolver shot several unsuspecting frogs within a few short minutes.  That night we ate frog legs.  Tasted like chicken!

Often my uncle would load up the car and take the family out at night to drive along the deserted mountainous gravel and dirt roads that for miles surrounded his home to “spot deer.”  This is one of my most memorable and fun experiences as a boy.  With his car-mounted spot light we would find along the roads open fields and with the bright light we’d often see within those fields as many as a dozen or so deer grazing in the darkness just a short distance away.  Sometimes they would slowly walk… sometimes run from the light while at other times they’d just stand and stare back at us as we counted their antlers.

I remember being amazed by the massive number of lightning bugs we would see at night among those open fields.

It was quite a sight as thousands, with their intermittent blinks of yellow-green light, would dot the night sky surrounding them.  Not since I left the east coast have I seen these unique winged beetles more commonly called fireflys.

As a young boy when home in the burbs my friends and I would often entertain ourselves in the evenings by catching and keeping them in a jar to softly light our bedrooms with their self-emitted blinks of light.

During those hot and humid summer days as we’d drive to town or other places on a few occasions we’d see a rattlesnake lying and sunning itself or slowly meandering across the road.  My uncle wouldn’t hesitate to take whatever means necessary to drive over them.  Often they’d try to slink away and he’d back up and drive over them again and again.  Very few got away and with each kill he’d pull out the sheathed knife he always carried and remove their rattles as a trophy.  The bigger the snake usually the more rattles to be counted.  They’d range in length from three or four feet to as much as six.  Once the snake was confirmed dead my uncle would throw it in the trunk and take it home and skin it for a tasty treat.  Tasted like chicken!

One day while my cousins and I were out exploring the dusty country roads we came across  an old rotted tree stump.  We heard some kind of noise from under it and with a little effort we tugged, pulled and kicked it over.  To our amazement we discovered a den of rattlesnakes in a hole hidden beneath.  It was a swarm of what looked like — to my youthful eyes — dozens of snakes!  I was horrified!  As a “city boy” I’d never seen anything like it, nor have I since.  All we could do was run!  Whether it was a result of that experience or not, I’ve never liked snakes and can hardly stand to look at one.

Late one afternoon and shortly before my summer adventure was complete my uncle took me on a car ride… just the two of us.  Along a dirt road he pulled over and alongside the car wrapped his western-style holster with his revolver around my waist.  I recall he had to wrap it around me twice to secure it to my tiny frame.  It was heavy and a bit cumbersome but he had me pose as a gunslinger about to draw my weapon and snapped a photo.  I beamed with excitement that he would do that for me.  I was fearless and I was dashing… if only for but a brief moment. 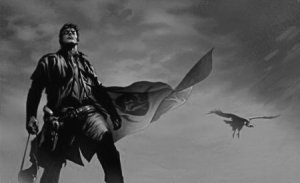 My uncle, like all his brothers and sisters is no longer with us, but choice memories of them and our lives together remain. None of them were perfect as I came to realize but I love and miss them nevertheless.

With the passage of so many years and a lifetime of experiences since that summer of my youth I’m no longer the “city boy” I once was.  Yes, I’ve lived in the country and have enjoyed the solitude that only its wide-open spaces and big starry night skies provide.  I’ve come to appreciate too its hard-working people — true patriots — with their deeply held convictions and traditions — ranchers, farmers and others who live their lives outside the confines and distractions of suburbia.  Country music is among my favorites and I can easily relate to living the simple, down-home country life.  Yes, like singer Marie Osmond, “I’m a little bit country” and often wish I was even more so.

*The snipe is among the family of shorebirds and is difficult to catch for experienced hunters.  So much so that the word “sniper” is derived from it to refer to anyone skilled enough to shoot one.